We would like to offer our sincere support to anyone coping with grief. Enter your email below for our complimentary daily grief messages. Messages run for up to one year and you can stop at any time. Your email will not be used for any other purpose.

Share a memory
Obituary & Services
Tribute Wall
Read more about the life story of Raeann and share your memory.

Raeann DeMayo (1942 – 2022) of Guilford passed away peacefully at age 80 on Thursday, November 17, after a long illness with Alzheimer’s disease.

The beloved wife of 55 years of Dr. Robert F. DeMayo, Raeann was born in New Haven, the oldest of five children of Alphonse and Helen Carrano. A chatty, energetic child, she was nicknamed the “chiacchierone,” the talking machine. Raeann attended St. Michael’s School and Sacred Heart Academy before going on to study education (and be voted Homecoming Queen) at Southern Connecticut State University.

Raeann met her husband Bob on a blind date arranged by mutual friends. She was so fond of him, she overcame her reservations about dating a “younger man” (by 4 months!). They married in 1967, initially living in Philadelphia while Bob finished grad school and Raeann worked as an elementary school teacher. She often described how grown-up she felt as a newlywed couple in their first apartment together—decorated in the avocado green and gold that was the fashion at that time—and fondly recalled hosting a Christmas party for all their friends where Bob nailed the tree directly to their hardwood floor to get it to stand straight. After two years’ worth of Philly cheesesteaks, Raeann and Bob returned to Connecticut, to start a family in Guilford.

Raeann’s greatest pride and joy was her family. In addition to her devoted husband, she is survived by her daughter Richelle DeMayo and partner Rajat Tewari of Westport, daughter Robinne Garfield and husband Raphael Garfield of Westport, and son Robert DeMayo, Jr. and wife Esther Choo of Lake Oswego, Oregon. Raeann adored her eight darling grandchildren who will miss their “Munga”: Sophie and Madeleine Casey, Julian and Camilla Garfield, and Benjamin, Zadie, Ezra, and Thea DeMayo. Raeann also leaves behind her cherished sisters and brothers-in-law, Elaine and Ronald Reed of Apopka, Florida, and Andrea and Robert Deshefy of Clinton, as well as her brother-in-law and sister-in-law William and Elise DeMayo of Branford, and nine dearly loved nieces and nephews.

Raeann’s passion for teaching and experience as a young mother of three inspired her to partner with her sister and a close friend to launch a childcare center in 1978; they ran Cradles to Crayons Preschool in Guilford together for more than 35 years and educated thousands of preschool children before retiring. The center continues to operate today.

A chocoholic, ready dancer, “champion” archer, and avid reader, Raeann maintained an abiding fascination with Henry VIII and Greek mythology. She was a serious thinker who was quick to smile and never let a holiday or special occasion pass without seasonal socks, a song, or a fingerplay to entertain and inform. She brought wit and grit, creativity and compassion to all she did. Her family will treasure the legacy she leaves of a lifelong commitment to learning and her incredible impact on the lives of those fortunate to have come into her orbit.

A celebration of Raeann’s life will be held in the coming months. 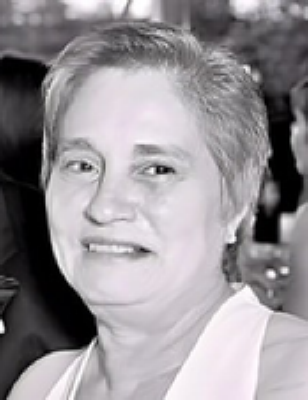 In Loving Memory Of

Look inside to read what others
have shared
Family and friends are coming together online to create a special keepsake. Every memory left on the online obituary will be automatically included in the book.

In Loving Memory Of

Look inside to read what others have shared

Family and friends are coming together online to create a special keepsake. Every memory left on the online obituary will be automatically included in the book.